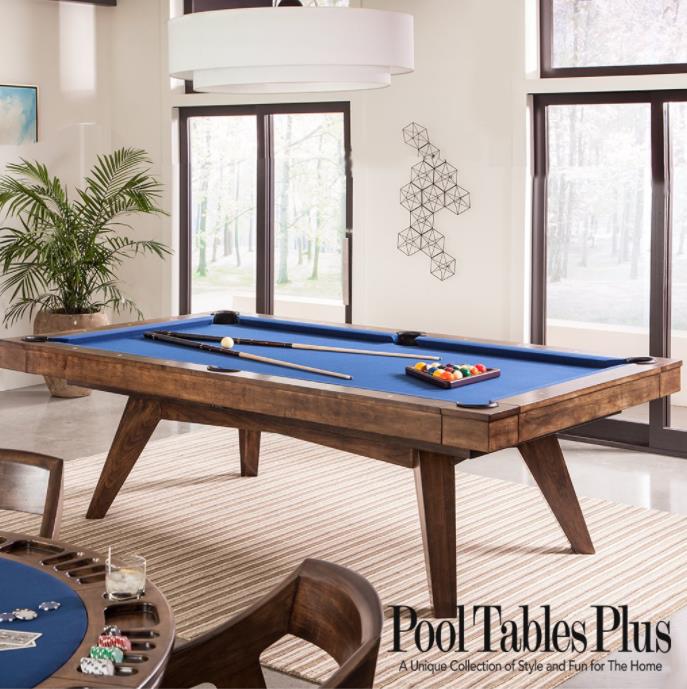 Need a pool table to complete your game room or man cave? Add some minimalist flare

As the leaves begin to change and the summer lawn games get moved into storage a crockpot of apple cider is switched on and mixed with various fall refreshments for both kids and adults. Pool parties quickly turn to bon fires, and tailgates. Classic American football is switched on and various game day foods accent dining tables and counters throughout the home. Another guest to make an appearance? The beloved family billiards table!

Perhaps the game on isn’t your preferred team? Perhaps you’re just at this fall soiree to enjoy some friendly company and good times? Perhaps you just want to take a moment away from the game? Whatever the reason you’ve found yourself at the pool table with some friends. The only thing is you and your friends aren’t necessarily in the mood for a round of pool. More than likely your crews heard of Nine-Ball and Eight-Ball. But, the group want something different; something new. Something a little more, cutthroat 😉

Cutthroat – Played with 3 players each of which are assigned numbered balls 1-5, 6-10 or 11-15. The player who legally pockets the other two player’s balls before they pocket their assigned balls wins the game.

Horse – Remember Horse from out on the basketball court? Well, just because the basketball is on the shelf today, doesn’t mean you can’t still play one of the best spelling games out there! Let your imagination run wild as you come up with shots that you can make but your compadres can’t, but beware, they’ll be trying to do the same thing to you.

Pill Pool – No, No. Keep the meds in bathroom cabinet you party animal. This is similar to Cutthroat so keep up. Pill pool is an interesting variation of cutthroat but more ruthless. In pill pool, a bottle holding fifteen numbered chips is shaken and each player draws one pill. The ball with the same number is now the player’s object ball. To win a player must sink his object ball. 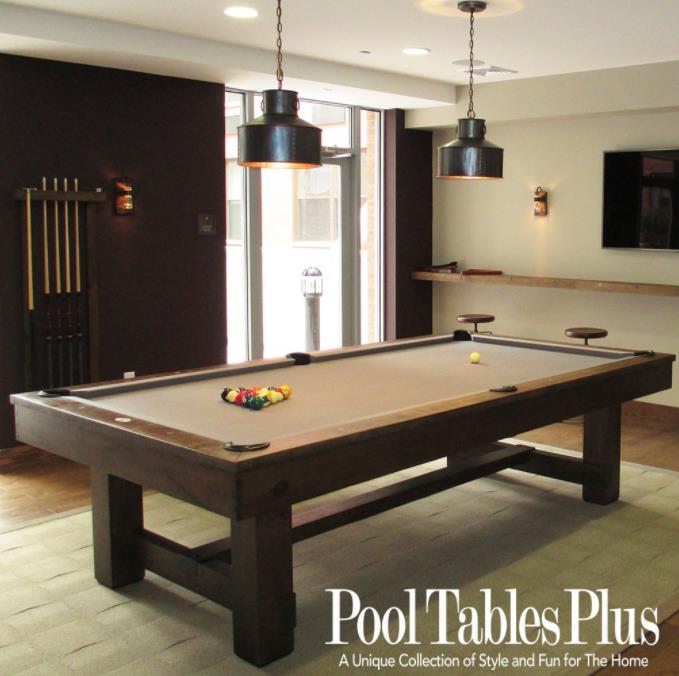 Time for an update? How about this contemporary table ready for the taking?

One Pocket – Got a dollar? Instead of putting it on the football game, put that dollar on a hole. Each opponent is assigned only one corner pocket (determined by whoever wins the break) at the foot of the table (the end where balls are racked) and whoever has 8 balls legally pocketed in their pocket first, wins the game.

Like adding a twist to things? Of course you do, that’s why you’re reading this right? How about trying some Bank Pool for a real twist. 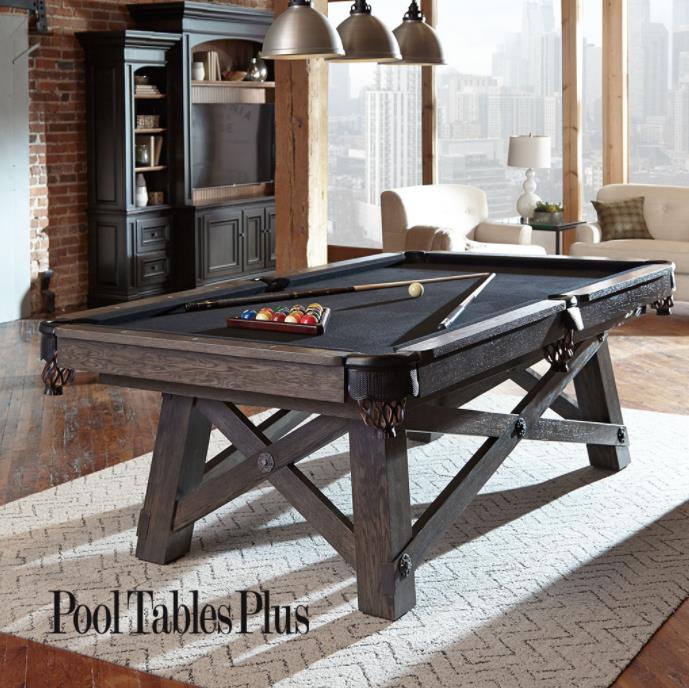 Keep it classic. Keep it industrial. Keep it you

Bank Pool – For each Bank Shot turn (either every shot or every other shot) each opponent must bank the object ball off of a cushion before it goes into a pocket for it to be a legally pocketed ball and whoever legally pockets 8 balls first, wins the game

Does the game that’s on TV have everyone’s attention for the most part but yours? Perhaps you just want something to do with your hands and no one brought a fidget spinner? Try shooting a game of Solo 3-Ball. Check it out.

Solo 3-Ball – See how many shots it takes you to shoot three balls in. The ‘break’ counts as one shot. Scratching (pocketing the cue ball) counts as two shots.